The township of Balaklava

Balaklava is approximately 90 kilometres (55 miles) north of Adelaide, around 1 hour’s drive toward the Clare Valley region. It is situated amongst a rich backdrop of wine industries, is positioned near the foothills of the Flinders Ranges, and is also close to Yorke Peninsula and the Copper Coast region. It is a town that provides convenient access to all these regions, however it also hosts a range of local events and attractions throughout the year.

A rich and diverse history

Since prehistoric times the Balaklava district has been near the boundaries of the Kaurna and Peramangk peoples. The first Europeans to traverse the district were John Hill and Thomas Burr on 29 April 1840.

They discovered Diamond Lake and encamped near Owen. The first European settlers in the area were James and Mary Dunn who in 1850 opened a hotel to service bullock teamsters carting copper ore upon the Gulf Road between the Burra mine and the export port of Port Wakefield.

The Gulf Road copper ore traffic came to a sudden end in 1857 when a railway connected Gawler to Port Adelaide which provided a more economic path for exporting the ore. The teamster’s loads were replaced by a flow of pastoral produce to Port Wakefield, mainly wool and grain. The town was laid out by Charles Fisher in 1869 and named it after the Hundred of Balaklava which in turn was named for the Battle of Balaklava. He built large grain stores on the tramway from Hoyleton to the port at Port Wakefield, intending to encourage farmers to settle near the town.

The first Hotel erected in the new township of Balaklava was the Balaklava Hotel, later called the Royal. Thomas Saint borrowed the finances from Thomas James Manton and applied for the Hotel Keepers Licence on 17 November 1870 and was granted licence No.17 of 1871 on 4 April 1871.

Balaklava was first on the 1,067 mm (3 ft 6 in) narrow gauge Port Wakefield railway line which was an isolated horse-drawn tramway inland through Balaklava to Hoyleton. This was eventually taken over by South Australian Railways and converted to steam, as well as being extended at both ends. Balaklava was later considered to be on the Gladstone railway line, with a junction to Port Wakefield. The line to Balaklava from Hamley Bridge (connecting to Adelaide) opened in 1878. It was converted to 1,600 mm (5 ft 3 in) broad gauge in 1927 and still existed as far as Balaklava up to 2002. The last freight on the line was bulk grain in 2004.

As the Balaklava railway station was originally on the Port Wakefield to Hoyleton line, before the railway from Hamley Bridge was built, and that line entered the town from the southeast, trains travelling using the route between Gladstone and Adelaide needed to change direction at Balaklava, as both the north and south lines entered the station from the east, with Port Wakefield being to the west. 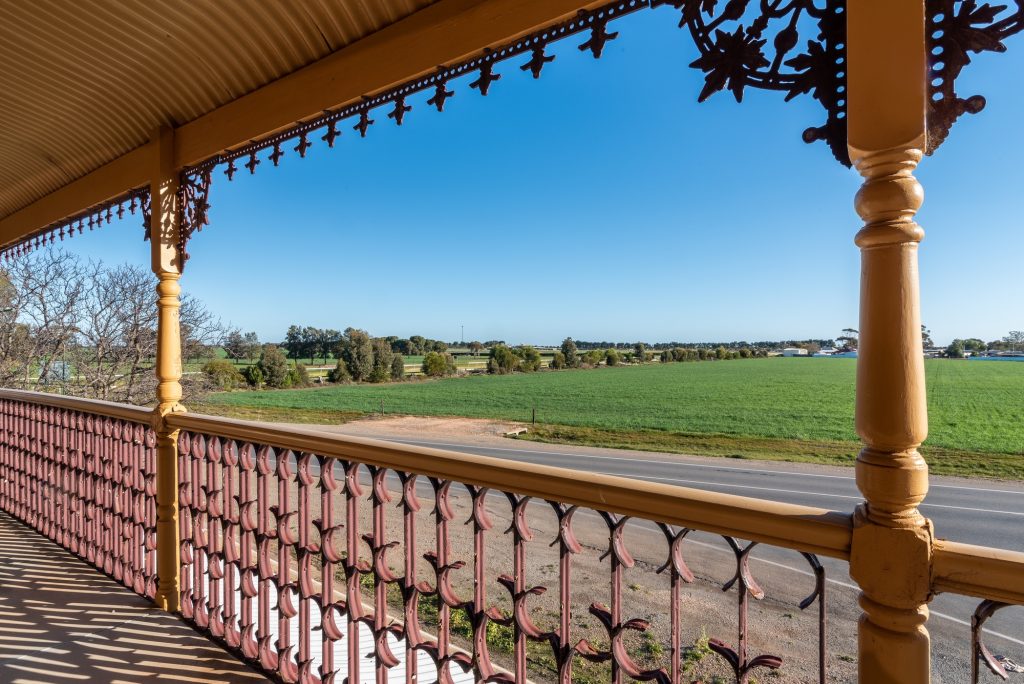 Each year in September, Balaklava plays host to a major regional horse racing event, the Balaklava Cup. The Cup attracts thousands of visitors, and is a vibrant time for visiting Balaklava. The Matchbox House accomodation is positioned at the perfect distance to the racecourse, being a few minutes walk to the entrance, as well as being within binocular view from the upstairs balcony.

There are also several race meets throughout the year and The Matchbox House is ideal accomodation if you are planning to attend these. For upcoming race meet dates, visit The Race SA’s website.

In addition to the annual Cup, Balaklava also has an agricultural show in September each year. This major event showcases the regions many achievements, in agriculture, horse riding, baking, art and the local schools achievements as well as many fun things for the family to enjoy.

Balaklava is well known throughout the South Australian music, drama and school communities for its interest and support in the performing arts.  The Balaklava Eisteddfod Society holds its own music and speech/drama Eisteddfod every year in late July/early August. It has been running since 1997 and is a major event for the township.

Balaklava has several sporting facilities and clubs with regular competitions, such as the local basketball and tennis in summer, local football and netball in winter, and the squash courts which open all year. The football oval and basketball, netball and tennis courts are centralised at one location. Balaklava has its own pool, open from November through to April each year.

The Balaklava Golf Club is an 18-hole 5,987-metre (19,642 ft) championship golf course fully watered year round and has clubhouse facilities. The Balaklava Gliding Club is located at Whitwarta, 10 kilometres (6.2 mi) north-west of the township. Flying operations are normally on every weekend or by prior arrangement.